He is only 16 years old, yet he has a remarkable agelessness about him. He is not very tall, (about 5-foot-2, I’d say) yet he is an integral part of both the Reno High School basketball team and the Reno High School football team. And while he hasn’t even gotten through high school, yet, he is already running his own business. Jack Rovetti certainly has a bright future. And he’s the kind of guy who approaches just about everything he does with a smile.

Jack was born with Down syndrome. And while some would stumble at the challenges he’s faced, it hasn’t slowed him a bit. Nor has it slowed his very supportive family. Over the past two years they have helped him establish a business they hope will be his future; Jack’s Popcorn Co.

“We feel like it has a good business model,” says his mother Diana. “And it’s something he can work at now and grow into for when he’s an adult. And he’s really taken to it. It’s taught him responsibility and a lot of life skills already.”

I would add to that, a bit of creativity. Because I have never seen the kinds of flavors Jack has to offer. There’s Hoppin’ Jalapeno, Apple Crisp, Cheesy Cheddar and Sinfully Cinnamon complementing his butter and carmel corn.

I know they are franchise flavors from Doc Popcorn, but they seem like the perfect creative twist for this project.

I guess I’d have to say, it takes all kinds, doesn’t it?

“I get to meet lots of people and they all like my popcorn,” Jack tells me.

He also tells me he likes making money himself. And that is something that makes most people feel successful.

“With our other children we knew that getting them to college would give them independence. But with Jack we feel we’ll need to be here for his entire life,” Diana says.

“It used to be that folks with Down syndrome only lived to be maybe 25,” Diana says. “But there have been a lot of medical advancements and now they live into their 60s. We want him to be as independent as possible.”

That is why she has been such a supporter of the ABLE act that’s making it’s way through Congress. It would lift a cap on how much those with disabilities can have in bank accounts and help make a profitable life a real possibility for Jack and so many others.

He’s part of an active family, the manager of his high school basketball team and the water boy for the football team. And he’s teaching us all an important lesson. We are all given challenges in life, yet we are offered opportunities too. Sometimes we just need to recognize them.

You could say that, just like in his popcorn flavors, life takes all kinds too.

You can find Jack’s Popcorn Co. on Facebook. He’s taking orders for Christmas now. And each one comes with an irresistible smile.

Erin Breen is an Emmy Award-winning writer based in Reno. You can find her at ErinMeehanBreen.com.

Posts to our page 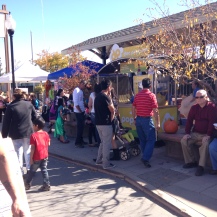 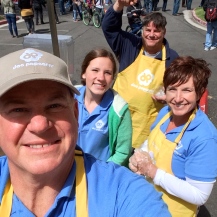